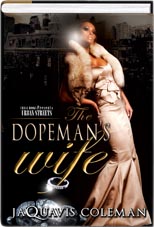 Once the streets pull you in, they own you. Or at least that’s the way it’s been for Nautica. Growing up in the ‘hood, all she’s ever known is the fast life—fast money ill-gotten through scandals and relentless scheming. But when a big scam nearly finishes her off, she decides to seek more out of life than the “hustle” and tries to make a new life for herself on the East Coast.

It isn’t long, though, before she falls in with Manny, a drug kingpin, who sweeps her off her feet. He promises to marry her and make her “Queen of the Street.” Then everything falls apart. As their relationship unravels, both of their dark secrets are uncovered, pitting them against each other in this exciting tale of love and deception.
The Dopeman’s Wife – JaQuavis Coleman – Paperback 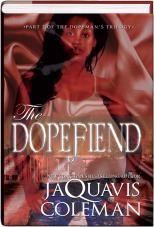 Part 2 of the Dopeman’s Trilogy, JaQuavis Coleman chillingly chronicles the life and crimes of Harlem resident Hazel Brown, as she rises to the highest highs and spirals into an inevitable, devastating downfall. Hazel has nothing and no one in her life; the only thing she “owns” is an insatiable addiction to heroin. Her addiction brings her to the slums, where she quickly learns the tricks of surviving—of hustling and getting her street smarts.

She’ll do anything to feed her habit, even if that means robbing and conning and selling her own body. Yet no matter how much heroin she does, the pain that’s cut so deep within her never goes away in this story so intimate and compellingly written, you’ll feel like you’re walking in her shoes. 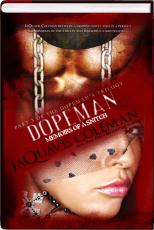 JaQuavis Coleman, half of the Ashley & JaQuavis power-combo, serves up Dopeman: Memoirs of a Snitch, the third book in his bestselling Dopeman Trilogy. It’s a hustler’s love story at its absolute best!

The DEA has launched an intricate plot to bring down the drug kings, and at the top of the target list is Seven Smith—the biggest, baddest drug lord the Midwest has ever known. Seven has found a promising new protégé in up-and-comer Braylon “Ball” Kennedy, who’s already impressed Seven with his hood-smart hustling and cold-blooded way with a gun. But Seven needs to watch his back: Ball’s determined to become the most notorious snitch of all time by ratting Seven out to the DEA.

But it’s not going to be that easy. He’s made the mistake of falling in love with Seven’s trusted lieutenant, Lola Banks. She’s as lethal a thug as he is—and she’s firmly off-limits. But she can’t deny their attraction, and a fiery fling soon sparks. Now the big haul is about to go down, and the feds are closing in. Ball finds himself caught between his passion for Lola and his plan to deep-six Seven and his operation. As the lies, the double-crosses, and the body count add up, who will survive the deadly endgame?