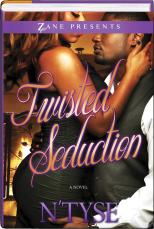 Life looks beautiful for Denise Jackson. The 39-year-old financier lives the good life in a wealthy Dallas suburb with her husband, Jeff, and her lovely nine-year-old daughter, Deandra. But beneath the surface, things aren’t so rosy. Denise spends less time with Jeff than with her business partner, Nadine Collins—and what’s more, she knows Nadine and Jeff are having an affair. And why not? Theirs is only a marriage of convenience. Anyway, Denise herself is getting some on the side with her multimillionaire client, Greg Adams. Both women are desperately hiding secrets: Jeff isn’t Deandra’s father…but he is the father of the child Nadine is carrying! When the lies are exposed, all will have to pay the price for their twisted seduction.
Twisted Seduction – N’tyse – Paperback 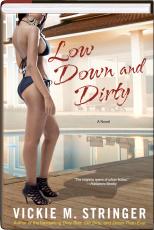 Some people seem to make enemies every time they draw a breath. Raven “Red” Gomez is one of them. Her dirty deeds in Detroit seem to have paid off, and Red thinks she’s on top of the world. She’s got a bestselling book on the shelves, she’s making big bucks as an Arizona home broker, and all her old nemeses lie dead or defeated—including Detective Thomas, who almost put her away.

But this schemer is a dreamer if she thinks she’s outrun trouble. Now a whole new slew of foes is on her trail…and so is Q, the man Red still loves, the only man who’s as low down and dirty as she is. Even though she left him for dead, he can’t get her out of his heart. Now, as Det. Thomas closes in, Arizona is about to find out just how dirty Red can get!
Low Down and Dirty – Vickie M. Stringer – Paperback 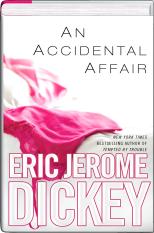 In Hollywood, the only thing rarer than a snowstorm is a faithful spouse. High-powered screenwriter James Thicke thinks his wife, movie star Regina Baptiste, is the exception—so he doesn’t hesitate to write a steamy part for her in his latest film, one that tests the boundaries of on-screen sexuality.

But James’ faith in his wife is shaken when a scandalous sex video suddenly sets the gossip machine abuzz. It seems Regina was filming a hot love scene with buff leading man Johnny “Handsome” Bergs when the “acting” got out of hand—and it’s all over the Internet for everyone to see.

In a fit of rage, the impulsive James succumbs to his violent inclinations and beats Johnny senseless. He goes on the run, trailed by police and paparazzi alike. Meanwhile, Regina’s accidental affair has made her more famous than ever before—but she’s been seduced by cocaine and now she’s threatened by a blackmailer. As their marriage crumbles under the weight of lust and lies, James faces a difficult choice: Protect his wife from herself…or get revenge.

Eric Jerome Dickey is back to doing what he does best—sensuous storytelling packed with high-intensity action and peopled with complex, unforgettable characters.
An Accidental Affair – Eric Jerome Dickey – Audio Compact Disc – Unabridged 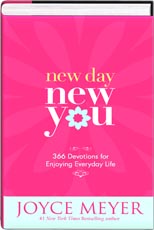 Joyce Meyerâ€™s daily devotional stresses the importance of spending even a few minutes every morning with God. Beginning each day this way is an opportunity to get off on the right foot and set the tone for the day.
New Day, New You – Joyce Meyer – Hardcover